Game drive with wild dogs in the lead

Unwinding from a hectic life

It was one of those rare morning drives: a beautiful day, we knew that it was going to be soaring hot, no wind, not even a breeze, and no wildlife to be seen, not even a bird.

We were the only guests in the game drive vehicle with the ranger, and we enjoyed every minute of it. It was quiet, almost peaceful in the private game reserve, and a perfect way to unwind from our hectic life in the Netherlands.

The good thing about not seeing too many animals, we did see some impala, is that our ranger decided to tell us more about bushes and trees. We learned that the roots of the Sickle bush were used against stomach pain in the ‘old days’, and that some people are still using this remedy. We also learned that the seeds of the Purple Pod Terminalia were used for making tea.

After 2 hours, we had our morning coffee at a beautiful spot in the game reserve. Getting back in the vehicle, there was a lot of radio traffic. Since it was all in Setswana, we didn’t understand a thing, but our ranger told us that ‘our’ wild dogs were at the eastern fence, and that there were 3 other wild dogs on the other side of the fence. From that moment our peaceful game drive changed totally. 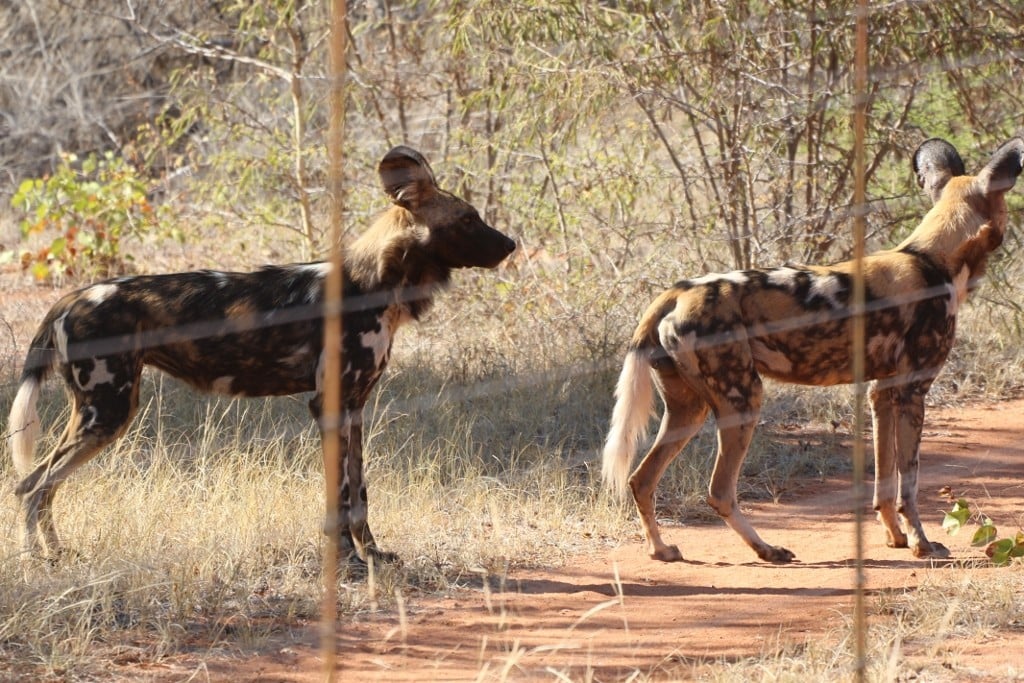 The wild dogs were all excited; they were barking at each other with a very high pitch, walking back and forward, lying down, rubbing against a bush, and trying to dig a hole under the electric fence. We were also very excited; wouldn’t it be great if we would be able to get the other wild dogs to our side of the fence, in our game reserve.

Working with a plan

A plan was made: the fence would be opened at a certain point.

Anti-poaching men started working on that, and we waited… for a long time while it was getting hotter and hotter. Finally the radio signal came: we were ready to go. 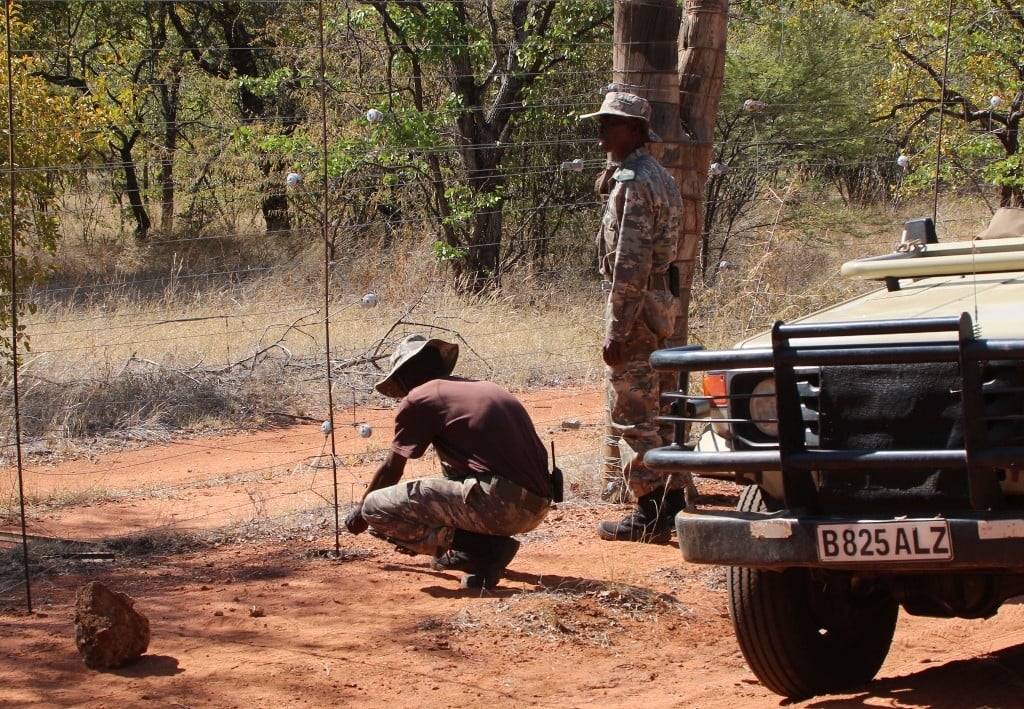 The game drive vehicles had to start driving slowly towards each other, forcing the dogs to walk in the direction of the gap in the fence. The wild dogs on the other side would follow our wild dogs.

At the same time, men from the anti-poaching team, who  managed to get behind the other dogs, would try to push them towards the gap in the fence. There was radio contact going back and forward as we drove very slowly, same as the vehicle on the other side. Our wild dogs started moving, and the others followed.  It seemed to work!

One moment, something startled them, and they took off. More waiting, but luckily they came back. The whole exercise started again. this time it seemed to work better, but only for a short time. By the time the wild dogs were almost near the gap, the other dogs didn’t trust it, and ran away.

We were disappointed, but everybody assured us that it would be most likely for the wild dogs to come back.

After that we got out of the vehicle, and met with the other co-owners, Clive and Jill from Great Britain. A lovely couple in their sixties, who bought a share 2 years ago, and have been to the game reserve 5 times already.We decided to drive back to the private lodge and have a nice lunch together.

What started as a very peaceful game drive, ended up being one of our most exciting drives in this Part of Africa.

If you want to stay updated, make sure to leave your e-mail address below.